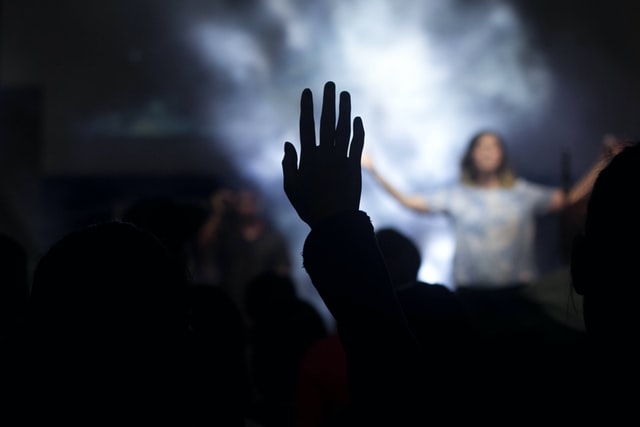 For a number of years my wife and I worshiped at a Vineyard Church. It was a time when we both experienced a warmth of fellowship, and we learnt a lot about how the Holy Spirit guides and enables us. We were embraced into the local Church family and they encouraged us to become actively involved. This week I am looking at some of the quotes from the founder of the Association of Vineyard Churches, John Wimber.

He trained to become a church minister and by 1970, John Wimber was leading 11 different bible study groups that involved more than 500 people. He was the Founding Director of the Department of church growth at the Charles E. Fuller Institute of Evangelism and Church Growth from 1974-1978, he went on to form a house church that eventually grew into the Vineyard Christian Fellowship of Anaheim in 1977, which he pastored until 1994. Wimber and his followers joined a small group of churches started by Kenn Guillksen known as Vineyard Christian Fellowships, which became an international Vineyard Movement, in 1994 the Vineyard Churches UK became an independent national body the rest is history. (See Wikipedia for more information).

Why am I introducing you to this person? Because he had a number of priorities which he felt essential for church life.

He came from a musical background and sung worship was at the heart of church meetings, both in the main Sunday gathering and also at prayer meetings. Sung worship was a time used to express our appreciation of who God is and to listen to what he is saying to us through pictures and words of knowledge, to seek the presence of God. John Wimber said “We don’t seek God’s power, we seek His presence. His power & everything else we need is always found in His presence”.

It has been noted that services reflected a desire for a “low-key,” “low-pressure” environment in the church that encouraged people to “come as you are”.

The priority of prophetic prayer was encouraged. It does sound American but his desire was for everyone to take part, his phrase was “Everybody gets to play”. We would perhaps put it in more conservative English terms, “the priesthood of all believers”. It is normal in Vineyard Churches to see people praying for each other before during and especially after the service. The main point of this is not to say to someone “I will pray for you”, but asking them “Can I pray for you now?” and asking the Holy Spirit to guide us. This small but significant change in emphasis would make a great difference in the spiritual life of any church.

On the subject of evangelism two of his better known quotes are “Our passion is to imitate the ministry of Jesus in the power of the Spirit. This requires we must follow Jesus out of baptismal waters, through our personal deserts, and into the harvest. We want to take the ammunition of the balanced evangelical theology with the fire power of pentecostal practice, loading & readying the best of both worlds to hit the target of making & nurturing disciples.” and also “He [God] called us as kingdom people, doing the stuff of proclamation and demonstration. To do only half of what we’ve been called into is not a complete Gospel message and we must do all of what God’s placed upon us.”